How Does Blockchain Technology Work? Is It Really The Future?

The last few years have seen Bitcoin and blockchain technology taking the world by storm, when an obscure, rootless technology popping out of nowhere began making news, being touted as the ultimate emancipator of humanity from paper money and a harbinger of the coming Type I civilization stage.

Hold right there!! For all the cryptocurrencies that we know, they have rightfully evoked the inner skeptic within many of us, mainly because of two reasons. First, that the digital currencies are not backed by gold or any physical commodity or a legal precedent like stocks/shares etc.; and second, that the complex process to generate cryptocurrencies seems volatile and does not fit the current understanding of ‘creating value’ to back up a natural currency.

Let us take a look at how cryptocurrencies are generated through Blockchain technology.

Blockchain, the Mother of Cryptocurrencies:

Let us begin with the concept of a ledger. You must have heard of a ledger, a book where a bank or an accountancy department maintains its transaction data. For those who haven’t, it is a record-keeping method, where the chief accountant maintains important transactions recorded from time to time.

Similarly, there is a global ledger for Bitcoins, which maintains the creation as well the transaction of Bitcoins world over. This ledger is, of course, digital and surprisingly, it is not present in one single storage place like a unified server, but rather spread out all the world across several machines.

This mechanism has one chief advantage and one disadvantage too. The former being that this system does not risk anything like a server crash that will wipe out all the ledger data, and the later one being that if things go wrong, there is no central authority to work its way around and take heed of your problems.

So how does the ledger work? Let’s suppose that Richard has a Bitcoin record of 10 Bitcoins and Jean has that of 15. If Jean wires or transfers two of his Bitcoins to Richard, Jean will broadcast this transfer and create a record in the ledger that will update this transaction. Thus by whatever digital identity Jean and Richard are known as Bitcoin holders in the ledger, they will be shown with values 13 and 12 respectively.

How Do Bitcoin Transactions Take Place?

One needs to have a Bitcoin wallet, which is an account made for storing your Bitcoin balance. A Bitcoin wallet has two safety keys, one public key, and one private key. Each public key has a corresponding private key and vice-versa.

Therefore, a Bitcoin transaction authentication takes place only by the verification of the corresponding public and private keys. However, there is also another factor in play here, known as the message encryption.

Before Jean wants to buy anything with his Bitcoins, he will encrypt a message with his private key and the Blockchain computers will take a note of it. Later, he will broadcast this message, where the computers in the node will verify that the message was broadcast with the given private key. This process authenticates that the sender is the real buyer or whatever transaction he is doing.

Why Do They Call It ‘The Blockchain’?

As said before, a Blockchain ledger records all Bitcoin transactions that take place all over the world. However, a ledger is maintained in every node, which is a computer in the Blockchain network.

So how does one confirm that a transaction has taken place after another? A time stamp does not work in this case since it can be easily exploited to create false transactions and commit frauds?

This is where blocks come into action. A block is a page that contains a list of transactions taken place at a certain point of time, with each block containing a block number and a link to the previous block. This mechanism helps to authenticate transactions and ensures that nodes agree with each other on transactions since those blocks have one unified information about Bitcoin transactions taking place at each point in time.

These blocks are linked to one another in series which forms a chain of these blocks, hence a Blockchain.

What Does The Future Say?

Since blockchain technology is taking off pretty fast, let us hope that cryptocurrency proves itself to be the promised future currency. Most likely, Bitcoin will survive side by side to traditional fiat currencies, maybe until the next century when mankind upgrades to a Type I Civilization.

Also, you can have a look at pwc’s blockchain infographic. 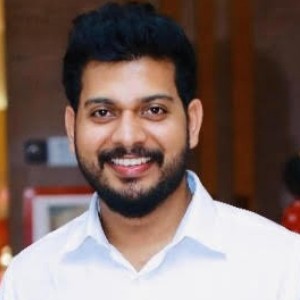